View cart “Gobi” has been added to your cart.

Enter the Siggil and capture the spirits escaping it. As one of the mysterious Initiates, you have unlocked the ancient power of the Siggils, the magical seals that bind unruly spirits. As the Siggil unravels before your eyes, you must capture all the spirits trying to escape!

Great for the whole family and includes solitaire rules.

The deck contains 7 families of 7 cards and 7 unique Spirit cards, each associated with a family and number.

The cards are shuffled, including Spirits, then placed level-by-level, overlapping face down and faceup, according to a preset design called a Siggil. The game booklet includes instructions on building several of the designs.

On you turn, draw a card from the Siggil and take it in your hand. You can also capture a spirit trying to escape, by playing a set of 3 cards with the same number or from the same family as the Spirit.

But don’t panic, you can also take control of a Spirit already owned by a player, by playing a set with one more card than the owner played to capture it; or regain control of a stolen Spirit, by adding to the original set you played until you have more card in your set than the stealing player has in his or hers.

The first player who capture and retains a certain number of Spirits wins the game! Attack on Titan – The Last Stand 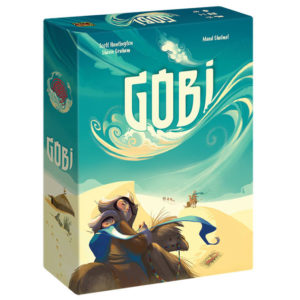